If You Build It She Will Wear It
715
post-template-default,single,single-post,postid-715,single-format-standard,elision-core-1.0.5,ajax_updown,page_not_loaded,smooth_scroll,qode-theme-ver-4.0.7,wpb-js-composer js-comp-ver-5.7,vc_responsive
0
Share

If You Build It She Will Wear It 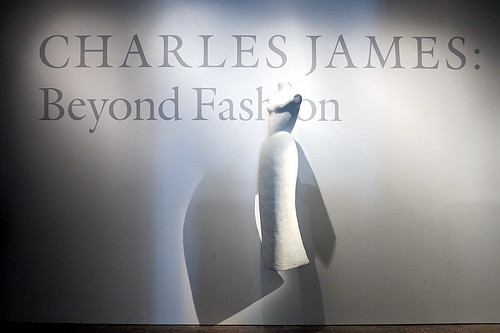 The Metropolitan Museum of Art’s Costume Institute is hosting a spectacular exhibition featuring the work and personal papers and effects of couturier Charles James. Charles James: Beyond Fashion is a beautiful tribute to an unparalleled fashion designer whose genius with fabric and cut is nearly impossible to describe in words due to the technical virtuosity of his creations. They simply must be seen and explored in person. 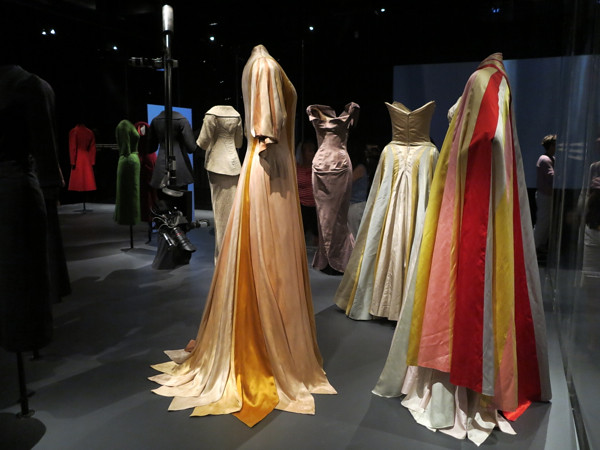 The curators and exhibition designers have done a thorough and scrupulous job employing cutting edge display technologies to complement the complex architectural feats that make up a Charles James garment. They have set up 3D animation videos, including x-rays, showing the garment deconstruction/reconstruction which make the show come alive with an excitement and awe that is compelling and educational. The dresses suspend in air over round platforms with inset video monitors that outline and describe the dress. The most impressive element is the moving projection armature that highlights an area of the garment as it is being dissected in the video. This transports the clothing into the realm of science and was my favorite aspect of the show. The only aspect missing was the tactile—but of course museums don’t let you touch! 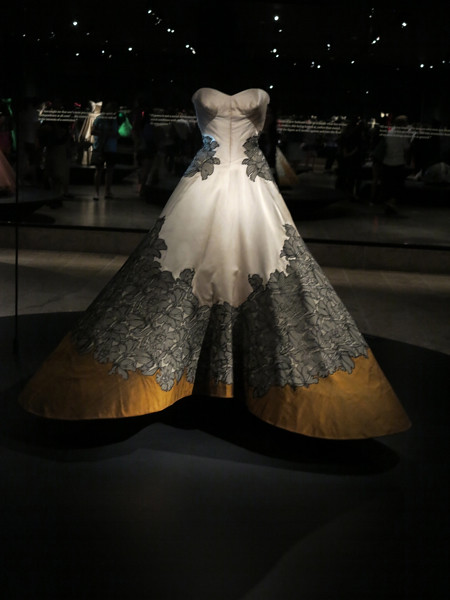 Charles James surpassed his contemporaries with imaginative, innovative design, creating fanciful shapes and using varied textiles and unusual color combinations that were certainly eye catching anomalies in their time. Masterful and a perfectionist, his love of clothing and women are apparent with every creation on view, and his desire to improve his craft led him to continual refinements of key pieces from his repertoire throughout his life and career. He once stated “I could spend twelve hours on one seam.”

The additional personal effects lend an insight into the man and his thoughts, sometimes charming, sometimes biting. His inspirations, demons and ideas on modern dress and business in general are shown in notes, letters, studio memos, sketches and scrapbooks. Charles James was multi-faceted and curious about, and interested in, many different disciplines and how they could influence and shape his fashion designs. 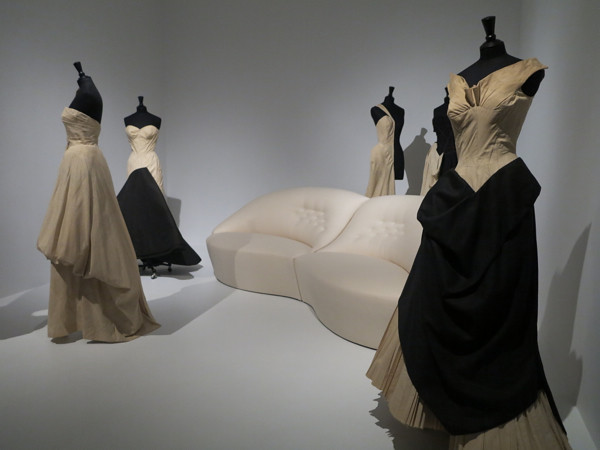 Muslin mock-ups of some iconic designs.

"I could spend twelve hours on one seam." Charles James

The complete exhibition is a worldly and thoughtful showcase for the man and his work. He was a master at his craft and the Metropolitan Museum of Art is honoring the man in a stellar gesture. Charles James: Beyond Fashion is on view through August 10, 2014.